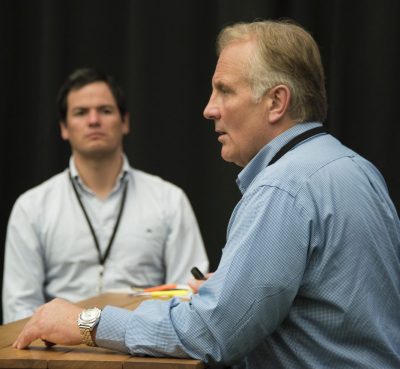 Win took the Automotivaters sales system and approaches and became one of our most successful students ever. Over the next 15 years, he won numerous awards from Toyota Canada and Chrysler Canada and consistently placed himself among the very top income earners in the industry. He earned the Sales Senate status with Chrysler, which placed him in the top 4% in Canada.
As a general manager and general sales manager, Win has taken struggling sales departments and transformed them into high-performance teams. Win’s experience as a leader is extensive. He is able to relate his own experiences and coach the winning formulas that the Automotivaters strategies provide

Since joining the Automotivaters training team, Win has worked with dealerships throughout Canada, New Zealand, Malaysia, and Singapore. He has been instrumental in developing sales and service teams that produce superior results.
Win has managed or co-managed countless record-breaking Private Sale events. He is highly effective at coaching sales teams to increase volume and profitability, and help dealerships to experience exceptional returns on investment. Win knows how to drive success and lead the charge.
Automotivaters is pleased to offer Win’s services and expertise to our international client base in both English and German languages.

Win is one of a very small group of professional training consultants worldwide certified by the Volkswagen Group of Companies.

His leadership and coaching style are appreciated and effective away from the automotive industry as well. Win has been a successful men’s hockey coach and took his Triple-A team to second place nationally.
Win and his family reside in the beautiful Caribou region of British Columbia just outside of Quesnel.